Ned Buratovich put up a smiling picture for his birthday, and all approved, saying it was nice to see. But Ned is so saddened by horrific war news leaked recently of callous killings that we implicitly support through our silence and inaction. Of course, to become serious again would lose him all that atta-boy approval. What to do? Peace begins with me and I feel myself faltering.
April 9 at 5:56am

Madelyne P
“Let there be peace on Earth, and let it begin with me…” One person can make a difference, Ned.
April 9 at 6:05am

Ned Buratovich
Thanks, Maddy. Like everyone else, I have my day to day life, my business, family and money concerns. I’m weary at the end of long days. I’m still that boy you knew in grammar school, idealistic, sensitive, learning about great people in history who died for their beliefs.

{This video of Rachel Corrie (Google her) goes here to remind us that as school kids most of us were idealistic and wanted to believe in goodness. Rachel went on to live and die for her beliefs and actions for peace and justice.}

Now, I find myself in a world where people would rather not be inconvenienced to speak out against injustice. Not all people, I know, but so very many of them couldn’t care less about all the killing and maiming and incredible destruction that is done in their name, every day. It saddens me immensely and I don’t know that I’m that one person that can make a difference anymore.
April 9 at 6:48am

Francis M
When everybody’s guilty (or feeling that way), nobody’s guilty. Take some of the burden off yourself, Ned, and let it fall on those who deserve it. Changing the world is an awfully tall order. Walking dogs who are thrilled by every moment of attention is something really worth doing. And nothing’s better than playing with a lonely kid. What’s even cooler is doing both at the same time. That’s the stuff that makes the world a better place. Sometimes global peace just has to wait while we do what needs to be done and is staring us in the face. I know you know this, but it never hurts to be reminded.
April 9 at 7:21am

Ned Buratovich
Guess I was the lonely kid who most needed playing with. Being punished for childhood exuberance gave me a sense about injustice, or what I would protest in my ineffective, tiny voice: that’s not being fair. So now, towards the end of my life, I find my voice of protest is still tiny and ineffective. That is my burden.

However, for much of my life I have thrilled and delighted many lonely kids (of all ages) and even a few dogs. That has been my blessing, and I know I have been fortunate to have lived in relative peace and prosperity. You lived in that crazy Berkeley commune with me, you know “Ned the Head” knew how to have fun. (Disclaimer: only engineering student in a houseful of hippies and I didn’t smoke pot… back then.)

Anyway, I agree, the best way not to lose heart, is to do what I can that is within my reach. Thank you for the reminder, you are a good man.
April 9 at 8:22am

Nicholas M
Francis…
“Everybody” is a global metaphor that is NOT true. Period.
A point to ponder:
“No snowflake in an avalanche ever feels responsible” ~George Burns
Personal integrity and responsibility is just that.
We can hope to influence only by the strength of our integrity.
April 9 at 9:39am

Paul V
I tell that to my buddy all the time, and remind him of what he is doing for us every time he leaves. Oh He is on his 3rd 15 month tour of duty in the middle east.

I don’t condone war but i respect those that fight for my right to say what is on my mind.

Next time you feel you are being ineffectual. remember all those who have come before us. I’m sure when Grandpa Pete was coming over here his thoughts were about a better life.

Some thing we all soon forget just how good we have it..

Ned Buratovich
Hi Paul, your Grandpa Pete was a larger than life man that everyone in the family loved with all their heart. He did come to this country for a better life. You know my family’s immigration struggle: 35 years for my Dida to reunite his family here. I know how they loved this country with every fiber.

When I read about our soldiers killing everyone at a baby shower, including pregnant women, then digging the bullets out with knifes and disfiguring the bodies to hide the evidence – that IS NOT the country that our grandparents loved, nor the country whose freedoms your buddy is fighting to protect. Those are horrific war crimes and NOT ONE of us can condone them, but, by our silence and inaction we do.
April 10 at 8:21am

Ned Buratovich
Melly, I think your “fake smile” comment presents a “teachable moment.” It was the best smile I could muster during a very difficult year. I started this status-topic by noting how people prefer smiling photos, and then can go on ignoring that something is horribly wrong.

Fake smile = the face we all put on, going about our business, not bothering to know or care that we are fighting a fake war for fake reasons that is killing real people who have done NOTHING to hurt us, and is draining this country of all its treasure and more importantly of its HONOR. So notice that fakeness in every newscaster and every politician’s smile, as they steal from us every ounce of goodness this nation ever had.
April 10 at 8:36am

Nicholas M
Hey Ned… How about a photo… not of you… but of something that makes YOU smile… and others may get the same response too!

“Don’t fight the darkness, bring in the light and darkness will disappear.” ~Maharishi Mahesh Yogi

“Be who you are and say what you feel, because those who mind don’t matter and those who matter don’t mind.” ~Dr. Seuss … See More

“I know God will not give me anything I can’t handle. I just wish that He didn’t trust me so much.” ~Mother Teresa

“Success is never final. Failure is never fatal. It is courage that counts.” ~Winston Churchill

“What lies behind us and what lies before us are tiny matters compared to what lies within us.” ~Oliver Wendell Holmes

“Courage is doing what you’re afraid to do. There can be no courage unless you’re scared.” ~Eddie Rickenbacker

“If you do not change direction, you may end up where you are heading.” ~Lao-tzu

“We are disturbed, not by what happens to us… but by our thoughts about what happens” ~ Epictetus

Ned Buratovich
Ah, dear Nikko, many times I’ve played a clown, and I LOVE to make people laugh, or ease someone’s hurt and have them smile. For me, there is no higher calling, and I still make friends and strangers laugh every day.
There is a time to laugh and there also is time to recognize injustice and speak out against it. This conversation is about not confusing or conflating those times.
April 10 at 10:47am

Ned Buratovich
Bless you, Melly, you are so kindhearted and generous of spirit… AND also honest enough to say when you see my smile is not as relaxed as it would be in a perfect world.
April 10 at 12:31pm 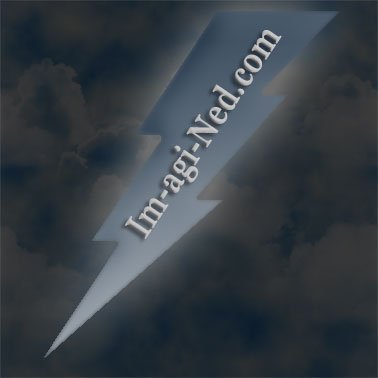